But first, a little history lesson..

In 1947, a Bedouin shepherd dubbed "the Wolf" and his two companions happened upon a cave containing seven ancient scrolls, including a manuscript of Isaiah that is over 1,000 years older than any other copy.

This monumental discovery is considered the single greatest archaeological find of the 20th century.

In subsequent years, additional scrolls were found  in the vicinity of Qumran by Bedouins and archaeologists alike. By early 1956, a total of eleven caves had been found containing hundreds of scrolls. Most significant was the discovery of cave 4 which contained thousands of scroll fragments; some the mere size of small postage stamps.

Of the total 900 scrolls found depicting laws and lifestyles of the religious [Jewish] Essenes community, 200 are from biblical scrolls.

And that is not all they found! Only a few hundred feet away, lay the ruins of an ancient settlement known as Khirbert Qumran. Subsequent excavations revealed a complex of buildings featuring rooms for communal activities, a complex water system fed by wadi runoff aqueducts, and an adjacent cemetery.

Why is this significant today?

Validation: These scrolls validate the reliability of present day scriptures as the scrolls were found to correspond with the Masoretic Text (MT) of the Hebrew bible which is behind contemporary English translations.

Earliest copy: The scrolls are the earliest copies of Hebrew Scripture yet discovered. Before, the oldest discoveries were from ca. 1,000 CE. This discovery is an important witness to the development of biblical text.

New insights on Palestinian Judaism: The non-biblical scrolls provide new information on the character of the Jews before the destruction of Jerusalem in 70 CE.

THE GREAT ISAIAH SCROLL (Facsimile). "Of more than 200 biblical scrolls found in the caves, the book of Isaiah was one of the most popular with at least 22 manuscripts represented. This scroll was found in Cave 1 and is the only complete biblical text among scrolls, it includes all 66 chapters in 54 columns". WOW!

"A commentary on the first two chapters of the book of Habakkuk from Cave 1. Interpretation follows the quotation of a few verses of text". Here is the content outline taken from New World Translation of the Holy Scriptures (2013) for your review:

"Perhaps the most significant of the non-biblical
scrolls, the Rule of the Community from Cave 1
represents the constitution of Yahad ("community,"
the name of the congregation mentioned in the scroll), fragments of which were also found in Cave 4 and 5.

The "Rule" outlines the laws of induction, the
structure of the society, and the ordered life of those who had withdrawn to live in the community that
most scholars identify with Qumran and the Essenes."

Notably, "one of the original seven scrolls found in Cave 1, includes a PROHIBITION against uttering the Name of God, JEHOVAH! The four consonants YHWH (Latin script for "Jehovah") are instead replaced by four dots [....] or written in old Hebrew script.

What basis did first-century Jews have for being “in expectation” of the Messiah?

This is the ONLY original document in the Lanier Theological Library. It encompasses Amos 7:17-8:1.

17  Therefore this is what Jehovah says: “Your wife will become a prostitute in the city, and your sons and your daughters will fall by the sword. Your land will be apportioned out with a measuring line, and you yourself will die in an unclean land; and Israel will surely go into exile from its land.”’”+
8 This is what the Sovereign Lord Jehovah showed me: Look! There was a basket of summer fruit.

A special "Thank You"

I did not include the Genesis or Ecclesiastes facsimile fragments due to an oversight and lack of photos. However, I would like to share a final thought with you:

We had the great honor of sharing this experience and viewing this exhibit with a very dear sister from Lubbock, Maudean Moore. It was she who scoured the newspaper, found this exhibit, and invited us to attend! That day, and since then, we are ever more appreciative of Jehovah's provisions! His name continues and will continue to be sanctified (Leviticus 22:31-33) in spite of Satan's best attempt to do otherwise. And for me, it was particularly special attending this important exhibit with my former bible teacher who has taught and changed so many lives throughout the years, including my own.

Maudean, may Jehovah continue to bless you! :) 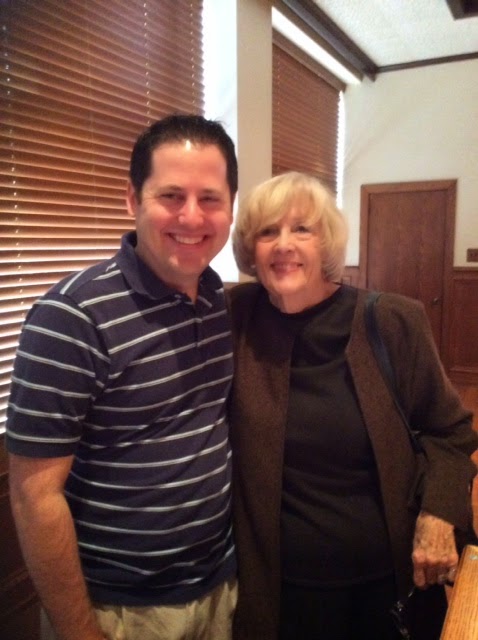 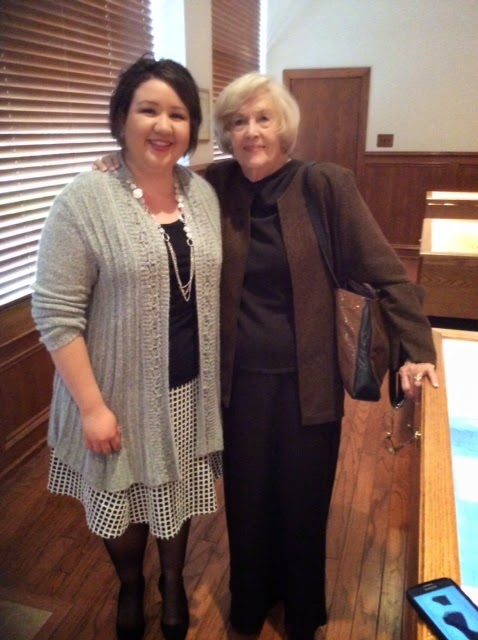